Please Wake Up to Dawn of Post LKY Era 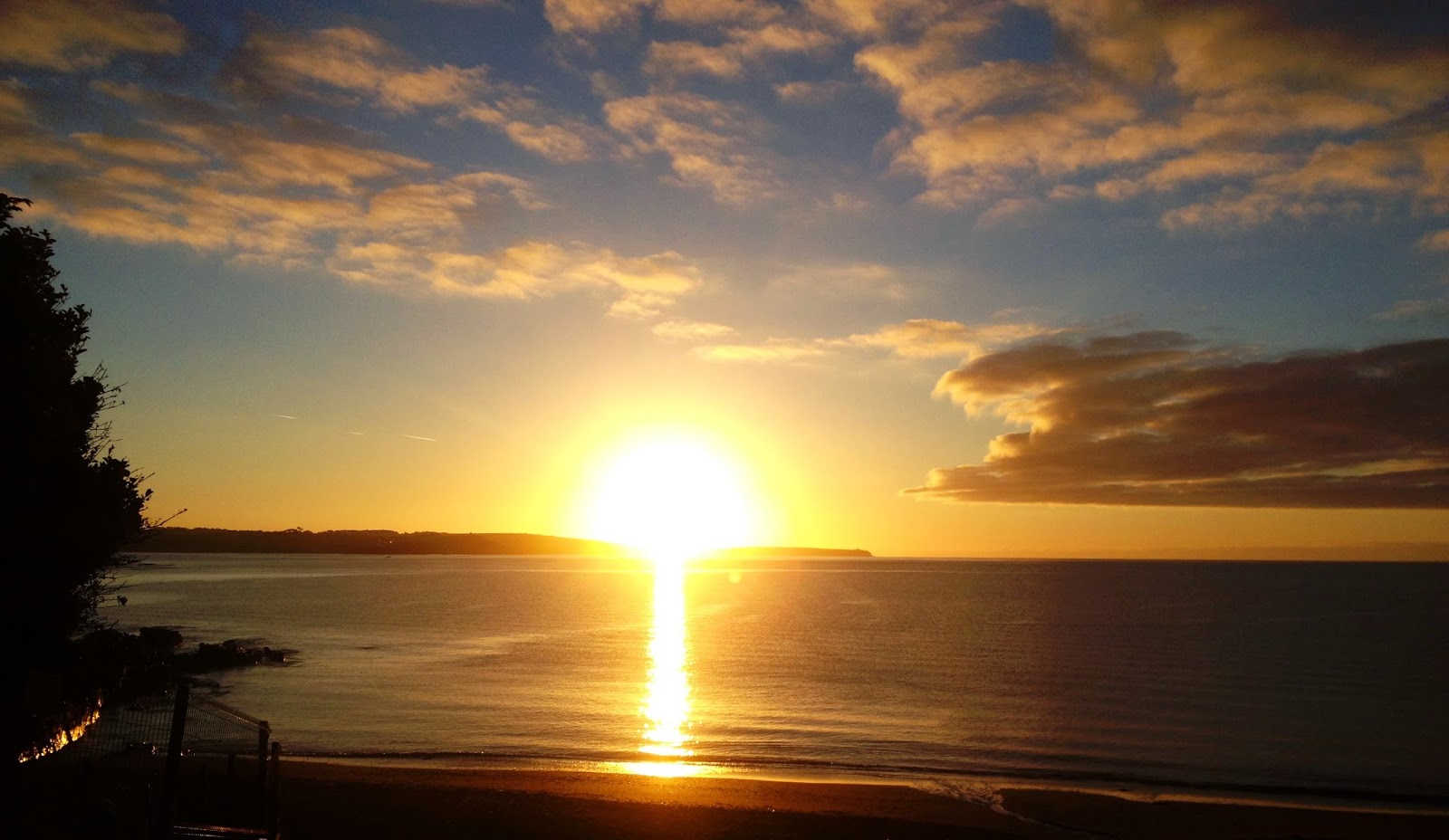 Please wake up from the Spell of Sympathy as soon as possible. The propaganda you have been seeing and hearing for the whole last week cannot whitewash nor deny the fact that LKY has brought upon Singapore a Dictatorial rule. Don't be fooled by the mere presence of "General Elections". As I have told my Hong Kong friends, Democracy is not just about Universal Suffrage. It is about a whole system built on the basis of Separation of Powers, to effect a true system of Checks and Balances.

Besides, the GE we have in Singapore, has been tainted by the constant intervention of the Executive in terms of Gerrymandering and Pork Barrel politicking. The Power to Elect the people's representatives, must be independent and kept out of interference of the Executive ruling party.

The Judiciary as well, has been tainted by Rule by Law instead of Rule of Law. The most recent comparison of Amos vs the Young PAP member who put up sedition remarks on religious bearing is one fine example to remind us, little has changed.

We can only rebuild Real Democracy for Singapore, after we acknowledge and understand exactly what are lacking and needed to be restored after decades of dictatorial tendency inflicted by LKY's rule.

LKY's "Singapore Model" of a clean, efficient government with dictatorial rule which could bring Economic progress for us, is not sustainable in the long run. This is because his model relies heavily on "Philosopher King" concept; there must exist someone like him, who is clean and incorrigible by power, to be the dictator of the system. However, if the system fell on a corrupt person, all these attributes will be gone and the system will in fact, turn into the worst nightmare for Singapore because the system provides a tremendous concentration of powers with very little checks and balances.

Hong Kong has maintained a strict separation of powers as a Core value for their system. Although Hong Kong is not a country and they are fighting for "Universal Suffrage" for both Legislative Council and Chief Executive elections, but their system itself provides a clear cut of separation of powers. Any attempts by the Executive to interfere or exert influence on the Judiciary, ICAC, Press freedom or even Academia, will be critcised heavily. Their system of freedom of expression may sometimes look clumsy or even draggy for policy making, but it also provides the needed checks and balances which will maintain the system of clean and efficient governance. They still enjoy economic growth, though not as fast as Singapore.

LKY may be gone, but our aim of building a truly democratic system will not be made easier because his party and son, will continue to try to maintain almost monopoly of powers, with all means.

I have been debunking all those distortions of Historical facts and narratives by PAP's propaganda machinery for the past two weeks. I have received so many hate messages and some of my friends, even FEAR for my safety. They fear PAP may take revenge by many other means. They even FEAR somebody may harm me and my family physically. When I decided to attend the open live City Forum held by RTHK, they even tried to ask friends privately to help to protect me at this Open Air Forum. I really feel overwhelmed by their care.

I really appreciate their concerns and considerations made for me. But I am not afraid. I cannot be afraid nor frightened by such mental threats or subtle threats. Else the FEAR which my friends and associates are so deeply inflicted with, will perpetuate further in Post-LKY era. And yes, we will have to learn to walk out of that FEAR, even when we know, PAP will continue to use the tried method of "killing the chicken to frighten the monkeys" to instill FEAR in everyone of us.

But the pertinent question we need to ask ourselves, do we still want to continue to let them rule with FEAR? Continue to rule us with DICTATORIAL power? Rule not just us, but also our children and future generations?

We have to move on, chart our own course for Singapore, from Dictatorial rule towards Consensus Rule through Democratic system. Let's not forget, it is your interests as well as mine, to walk out of this long shadow of dictatorship of LKY which he has imposed on Singapore.

The new dawn may or may not come and it all depends on you and me. Nobody else. We have to face the reality of the fact that LKY's Model of Singapore rule, is not sustainable. Either we change or we let our Nation dies with it. People say follow LKY and you won't die. I would urge you to think carefully whether it really makes any sense to you at this very instance of Post-LKY era.

A nation ruled by Fear will not prosper with creativity and innovations. LKY's "Singapore Model" can only work if and only if, the dictator himself is like him and FULL obedience from Singaporeans must be instilled, be it via FEAR or otherwise. Can this be possible in this era of Internet with massive information flow and opinions shared through New Media and internet forums? It can only happen in places like North Korea. Not an open economy like Singapore.

We should wake up from our dream and spell in believing what LKY did 50 years ago, is still relevant to our Singapore today. In today's world of complexity, you can only use persuasion through more open political debates and consensus building process, to unite the people's view, to conclude new social order, mindset and contracts so that our little Nation can move as one People, One Nation. The use of FEAR and dictatorial rule, should be thrown into the rubbish bin because these are no longer effective means nor stable methods.

Let us start a new page for Singapore, my fellow friends, in the start of Post-LKY era. Let us do it right so that the political system can be sustainable and our Nation can outlive each and everyone of us, for many generations to come. Build the Democratic system our Nation deserves.

What's your idea of a demoncratic system?

Goh Meng Seng, understand that you you will be contesting the next election. So have you decided whether:

1. to join an existing party, and if so which one, or

No wonder democracy does not work

I have touched on Democracy as in Separation of Powers in my blog just a few articles away and I have done some editing further. Here it is:

The Separation of Powers:

For a start, let's look at how we can propose a better political system for Singapore:

1) CPIB should be made independent of PMO. It could be put under the Presidential's care if needed.

2) The Elections Department should have a transparent system to justify their constant redrawing of boundaries. It should be put under a commission with the involvement of all political party stakeholders.

3) The Main Stream Media should be liberated from the Executive control. It is pretty absurd when I watch how the former SPH Chairman Lim Kim San justify why the media must become the mouthpiece of the government in one documentary played on HK media.

4) The appointment of judges should be done with more transparency. Especially for Chief Justice and High Court judges. We will have to make such professionalism is not compromised as it did back in the 1990s.

5) ISA should be reconstructed. The mechanism should allow detainees to have full legal representation and legal recourse. eg. seeking judiciary review.

6) The ISA should be reviewed and the law should ban the use of National resources for espionage on political parties without strong justification of National security threat. ISD should only work on cases or situation which warrant their attention in terms of National Security Threats. They should not work for political missions dictated by the ruling party.

7) Conflict of interests should be minimized and declaration of such interests is important in the process of policy making as well as appointment of key personnel. The anti-corruption law should look into this.

10) The Prime Minister should only have two consecutive terms. Entrenchment of power will lead to the possibility of corruption of power as well.

11) Ministerial pay should be lowered further to reflect the nature of Public Service. We do not want our Ministers to stay in power for too long as well. This is to prevent them from taking this as "just another job", too comfortable to move on. The Minister pay should be pegged to the lowest 20% percentile of income, calculated with the inclusion of those WITHOUT income. It may also include a certain percentage weighted peg on the median income level.

Democracy cannot work if the opposition is not ready to be govt.

So don't put the cart before the horse talking about democracy and separation of powers before the opposition is ready to be govt.

It is a matter of chicken and egg problem. If you do not have democracy, how do you have opposition?

If you don't have opposition, how will they ever be ready to be government?

Please bear in mind that when PAP took power, it didn't have any experience in governance as well!

The key actually lies with the civil service which acts as the buffer in between transitions.

You argument is just a circular argument which most dictators used to justify their monopoly of powers.

Ding dong, the Leech is dead.

And no, LKY was a traitorous, power-hungry scoundrel. Founding father? My bollocks.

And now those brainwashed buffoons are all upset because teenage Amos declared that Emperor Lee had no clothes.

OUR DEAR FOUNDING FATHER, YOU ARE SORELY MISSED. WE THE BENEFICIARIES FROM THE DIFFERENT PATHS THAT YOU TOOK. PLEASE LOOK AFTER US FROM HEAVEN.