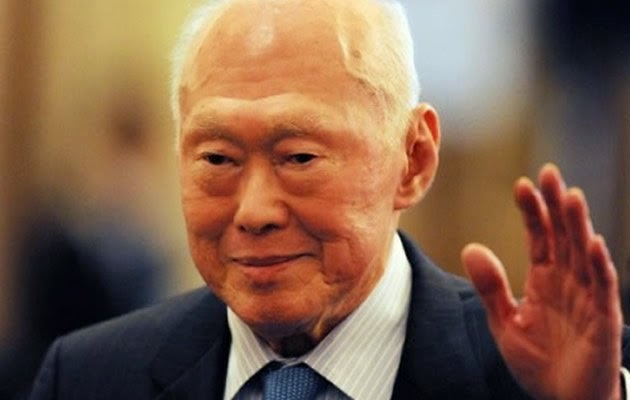 I am writing this because I am pretty annoyed and sick of PAP's spin doctors and people putting up bad propaganda write ups of Mr. Lee Kuan Yew.

LKY, as most of us called him, is great in his own rights but there is no need to exaggerate and worse, put up slanted and misleading historical narrations to make him look like a God. He is no God, just a man.

Even as a man who doesn't worship him like me, cannot simply ignore his contributions and achievements in various aspects. But distorting historical truth doesn't do justice to our children and future generations. Let's put things into proper perspective with critical objectivity.

As I have stated so far, LKY has greater achievements than most his PAP people and spin doctors would want to talk about but either due to ignorance or some agenda, harp on the wrong credits to LKY of "Fishing Village to First World" narration.

For those who believe or keep singing ridiculous praises of LKY getting Singapore from "Fishing Village to First World", I hope you get the fundamental facts right first. A lot have been said the myth and falsehood of Singapore being the "Fishing Village" that all these people are harping when PAP took power. Whether it is a "Fishing Village" or the most advanced port which the British left us when PAP took over, it is not really possible for LKY to be contributing much directly to our Economic growth. Even the "Miracle" of such development may be exaggerated in some sense.

Note: Singapore in 1965 was THIRD in terms of GDP per capital in Asia, behind Hong Kong and Japan, but TOP in Southeast Asia. Please refer to the data and this: 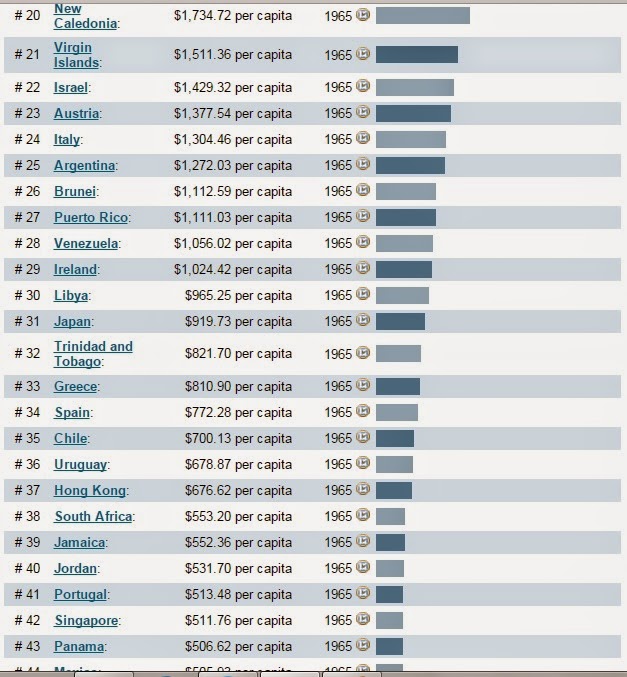 Let's look at the hard facts. When LKY took over as PM in 1959, he was just a young 35 year old lawyer. Yes, he was extremely bright lawyer who has gotten a double star (Double First Honours) for his Law study in Cambridge, but no, he wasn't trained in Economics at all. He knew nothing about Economics and it was recorded that Dr Goh Keng Swee has a hard time convincing him about getting rid of import tariffs so to position Singapore as a Free Port, so much so that Dr Goh has to give a few books to LKY to read.

No doubt LKY was a very intelligent fast learner and picked up Economics along his path of political governance, but let me put this perspective, it is really totally impossible for anyone who has just to start learning Economics from scratch to have that ability of making an Economic Miracle out of Singapore.

Thus, rightfully so, Dr Goh and his advisers, were the ones who brought Economic development to Singapore. Coupled with the fact that Western and Japanese Industrial Economies started to go for outsourcing and subcontrating and shifting some of their productions to cheaper places like Korea, Taiwan, Hong Kong and Singapore (4 Asian Tigers), thus, our economy boomed.

Singapore is the smallest economy among the 4 Asian Tigers and thus, inevitably, the economic benefits and impact of such Global development will spread much faster to everyone on the island. Thus, the so call "Economy Miracle" itself is an over-exaggeration without looking at the context of the start of Globalization of the Industrial world.

Well, Singapore and LKY were really fortunate to have the most able Economist Dr Goh Keng Swee during this period which provided the necessary economic vision, direction and development which allowed us to ride on this trend of Industrial Globalization.

LKY contributed in other ways to Singapore and even the whole Asia Pacific region, through his pragmatic and opportunistic cultivation of PEACE among the various countries. From getting peace from Suharto after Suharto successfully overthrown Sukarno, convincing Tunku Abdul Rahman to a truce on racial bickering and more importantly, engagement of China to stop propagating and supporting the communist elements in SEA, getting China and US, along with SEA partners to put the war in Cambodia to a peaceful end as well as successfully getting China and Taiwan to hold the first ever official talk in Singapore and thus, raising Singapore's status in the International Political Arena.

A small country like Singapore can only thrive when there is PEACE surrounding it, not just within it. And that is the greatest contribution of LKY, not only to Singapore but to all the countries in SEA and Asia Pacific which are enjoying decades of growth under the peace which LKY has contributed tremendously in achieving.

To attribute LKY's achievements narrowly to merely Singapore's Economic development is a GROSS UNDERSTATEMENT with Ignorance.

Although I do not like LKY's dictatorial governance of Singapore which has caused much unnecessary sacrifices by many of his critics, dissidents and political opponents which in the end, destroy the tenets of Democracy as well as creating a Cultural Desert out of fear for Singapore, but as an Economist and politician, I cannot ignore his tremendous contributions in all these MORE important areas.

In my opinion, nobody else in PAP's current slate of politicians and ministers, not even PM Lee himself, could fill the gap of such important role, the opportunistic pragmatist Peace maker of Asia Pacific. This role is becoming especially more important in view of the current complicated development of South China Sea conflicting claims and the tension between Japan and China. But who in Singapore can continue to provide that function and fill the role which LKY has left vacant?

This is something more important for Singaporeans to ponder about for the future safety of Singapore, in order for us to live and grow our economy.

Having said all these, despite of LKY's achievements in this area, as a Democratic Fighter, I will still refuse to mourn the death of a dictator who has done great harm to many of his victims as well as Singapore's Democratic Development.

However I will not stop others to mourn for him and my urge to those who agree with me, not to create too much of a tension with your friends and family members due to our refuse to mourn for him.

And for those ignorant PAP spin doctors, people and LKY fans who really lack the international perspective to give proper credits to LKY, please stop distorting historical facts and narrations of our Nation's history in your attempt to "exaggerate" the greatness of LKY in the WRONG way. This will do no good and a great sin for our future generations. LKY is NOT GOD and he might have done really bad things to other people, even bad decisions, political scheming in his life, so be it. No need to try to white wash all these for LKY and the truth is, LKY was not shy to admit all these in his life, though with excuses and defence which are not acceptable to people like me. LKY is just human and we should just remember him as such, a human who is fallible to the bad ills of what power can bring to one.